The Fourth Conference of States Parties to the Arms Trade Treaty (CSP4) is taking place this week in Tokyo (August 20 – 24). Delegates from all over the world, including government officials and civil society stakeholders, took part of the global debate that aimed to lead the 97 States Parties of the Arms Trade Treaty (ATT) to develop effective and more efficient ways to implement the Treaty provisions and prevent the diversion of arms and dual-use goods transfer. An important challenge addressed by the Working Group on Transparency and Reporting as well as civil society members, was to make sure that States Parties submit comprehensive, timely and public reports to the Arms Trade Treaty Secretariat. A great concern is that the number of country reports keeps decreasing each year. According to the list of reports submitted in 2018 by States Parties to the ATT Secretariat, nearly 50% have not submitted their report.

This issue was raised at the CSP4 Plenary stating that ‘no reporting denies transparency’. However, an important issue to consider by stakeholders working to improve aspects of transparency and reporting is that rather than lacking political will, many states do not have the capacity nor the resources to deliver the required administrative procedures to report on the implementation of the ATT. This is the case of for example the Small Island Developing States (SIDS) such as countries in the Caribbean or the Pacific regions.

To explore the challenges and offer solutions to the issues faced by SIDS for Treaty implementation, the Centre for 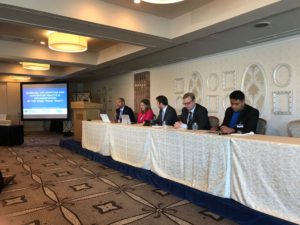 Armed Violence Reduction (CAVR) together with the Stimson Center, the Governments of Australia and Switzerland, carried out a side event called: Enabling the Adoption and Practical Implementation of the Arms Trade Treaty. This side event explored the available implementation tools, then showed how key implementation challenges are being overcome, particularly in low-capacity states. It suggested ways to leverage assistance mechanisms such as the ATT Voluntary Trust Fund to build the capacity of governments, and describe technical assistance programmes which have already enabled States Parties to meet treaty obligations such as reporting, record-keeping, and information sharing.

During the event, the representative of the Government of Switzerland, André Mittmann, stressed the need to think about technical infrastructure to run national control systems. Mr. Mittmann explained: ‘This is something that States Parties benefit greatly from but may not always be able to acquire by themselves’. He continued: ‘I am very glad that the CAVR has come up with a very creative way of providing a technical infrastructure to all states who need a basic arms transfer databases, which can easily be adapted to their specific needs’.

Rachel Stohl explained the work that the Stimson Center has been doing with CAVR providing capacity building to governments. She introduced in her presentation the need to expand and diversify the interagency implementing mechanisms. ‘During the workshops we implement with governments, we do not just meet with Foreign Affairs or Attorney General Offices. We work with our government partners to bring a diversity of interagency participants to the meetings. This means we include agencies such as customs, immigration, labor, justice, police, as well as foreign affairs and defense officials’ explained Ms. Stohl. 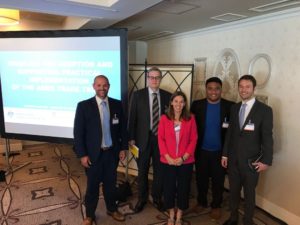 The government of Australia represented by the Department of Foreign Affairs and Trade has been a high supporter of the work done in the Pacific to encourage States participation in all decision-making processes concerning the Arms Trade Treaty. During the side event, Robert McKinnon, from the Government of Australia, recognised that a wide variety of implementation challenges continue to persist, particularly in the Pacific. These problems are further compounded by a lack of available resources.  To address this, Australia has jointly developed and disseminated the “Reinvigorating the Narrative” report with CAVR, as well as providing technical support to develop the National Arms Transfers Database.

Although there are challenges that hinder the effective implementation of the ATT, the number of countries involved in the ATT conversations keeps increasing. Just this month countries such as Brazil and Chile finalised their procedure to become official States Parties to the Treaty. 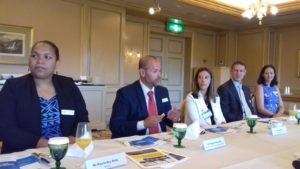 In the Pacific, countries have shown a true interest in engaging in the process to make sure that the region is well represented at the ATT global debate. This week, nine delegations from the Pacific attended CSP4 in Tokyo, the highest in CSP history. To ensure that the region is joining efforts, the Pacific delegates were invited to a breakfast with the Governments of Australia, Switzerland, CAVR and the Pacific Small Arms Action Group to discuss advances in the region regarding ATT accession. Countries such as Vanuatu represented by Majorie May Wells, expressed the importance to look at the region as a key area to prevent the transnational diversion of conventional arms, small arms and light weapons (SALW) to other regions: ‘Although we are not big importers or exporters, we serve as transit points of SALW. We need to have systems in place to prevent diversion’.

CSP4 will finish today with the presentation of the Final Report submitted by the President Ambassador Nobushige Takamizawa. The document will include decisions and recommendations to States Parties and Observers in order to ensure effective implementation of the Treaty, prevent and address its diversion. This document will also define the work that needs to be put forward to the forthcoming of the Fifth Conference of States Parties (CSP5) which will likely be the week of 26-30, August 2019 in Geneva, Switzerland and presided over by Latvia, Ambassador Jānis Kārkliņš. 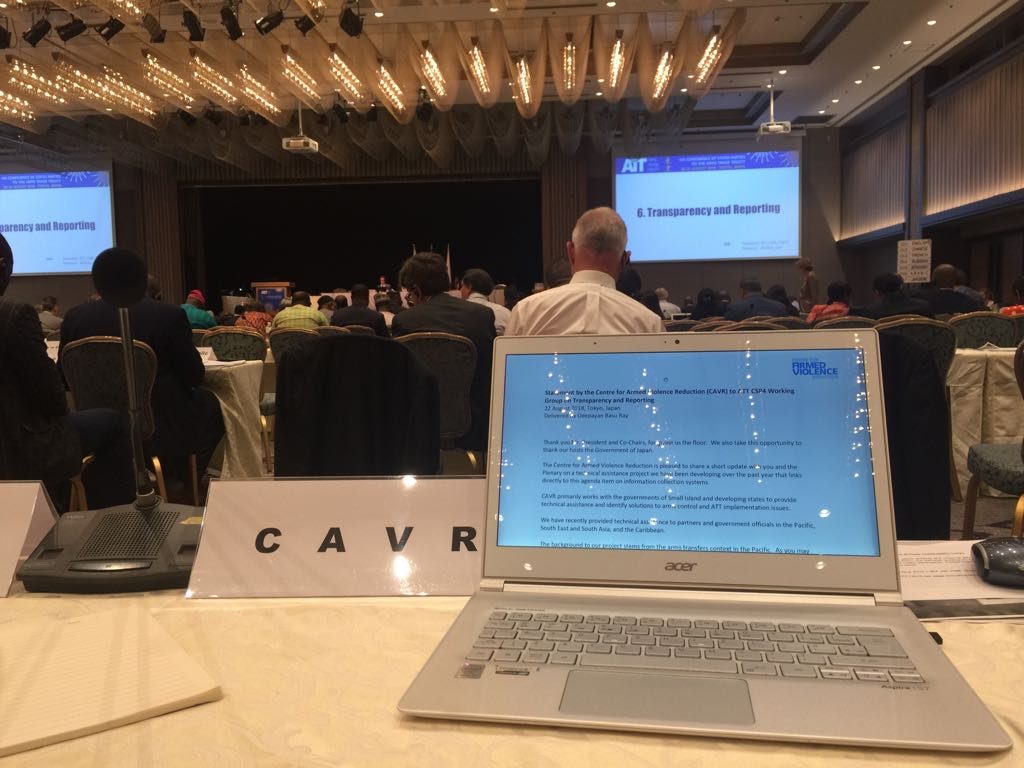 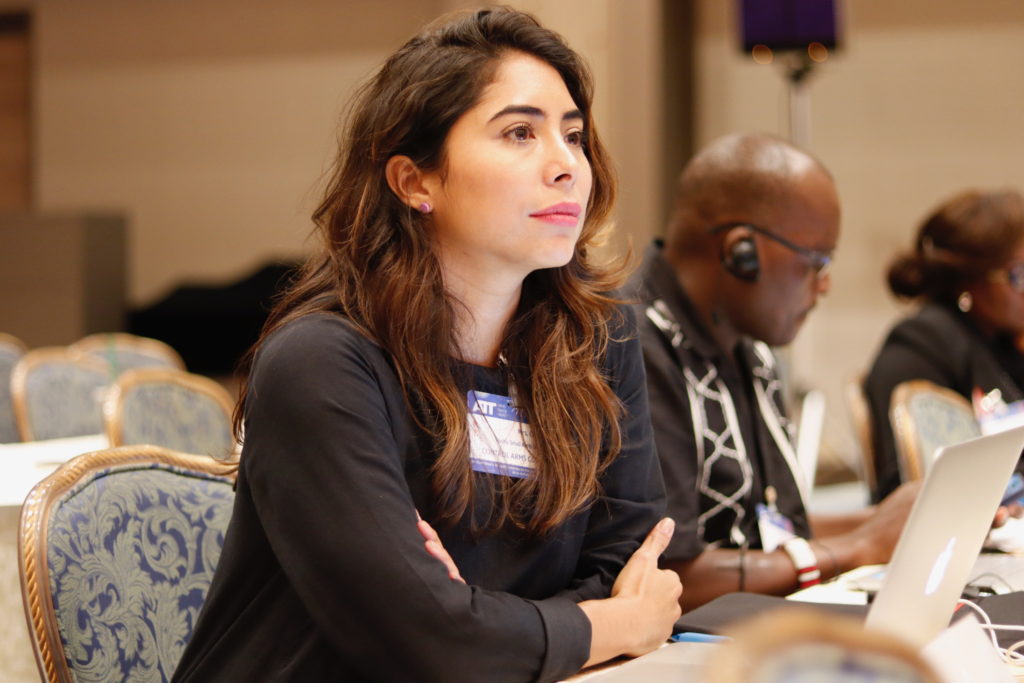