The Centre is delighted to announce that Deepayan Basu Ray recently joined us as Director of Arms Control. 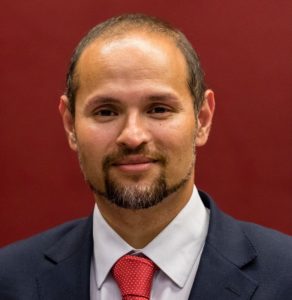 Mr Basu Ray has over 15 years’ experience in arms control research, policy, legislation and international law, as well as in the fields of human security, aid effectiveness and sustainable development. In his most recent role as Coordinator of the Arms Trade Treaty ATT Monitor project at Control Arms, he established and edited this influential annual report series on ATT compliance and implementation.

Deepayan has been closely involved with the ATT process since 2010, when as a policy adviser with Oxfam he provided strategic and technical guidance to government officials during the diplomatic negotiation process at the United Nations. His technical advice focussed on transparency, risk assessments, aid effectiveness, development, and cooperation and assistance.

At the 2017 Arms Trade Treaty (ATT) Conference of States Parties in Geneva and at UN First Committee in New York, Mr Basu Ray launched a major publication for our Centre, in partnership with the Government of Australia.  From his new post at CAVR he will direct the Centre’s technical assistance projects with Pacific Island partners, then expand opportunities in Asia and elsewhere. Deepayan and his family will soon move to Bangkok, where the Centre is establishing a regional office.

We look forward to exciting, if challenging times in conventional arms control.